Black History Month – a physician associate tells us their story, ambitions and what diversity means to them

What is your background and why did you decide to become a physician associate (PA)?

I am of Jamaican heritage and my parents came to the UK in the early 1960s. My family is from the Windrush generation, and I am from the first generation born in the UK. My upbringing was strongly influenced by Jamaican culture and I saw many Caribbean women working as nurses – this was the norm at that time. My personal interest in healthcare came about accidentally. I left school at 16 years old with no qualifications and I wanted to be a teacher. However, my careers adviser at school had told me that I had no chance of becoming a teacher and instead advised me to study nursery nursing – this was the closest profession to teaching and so, I pursued it. 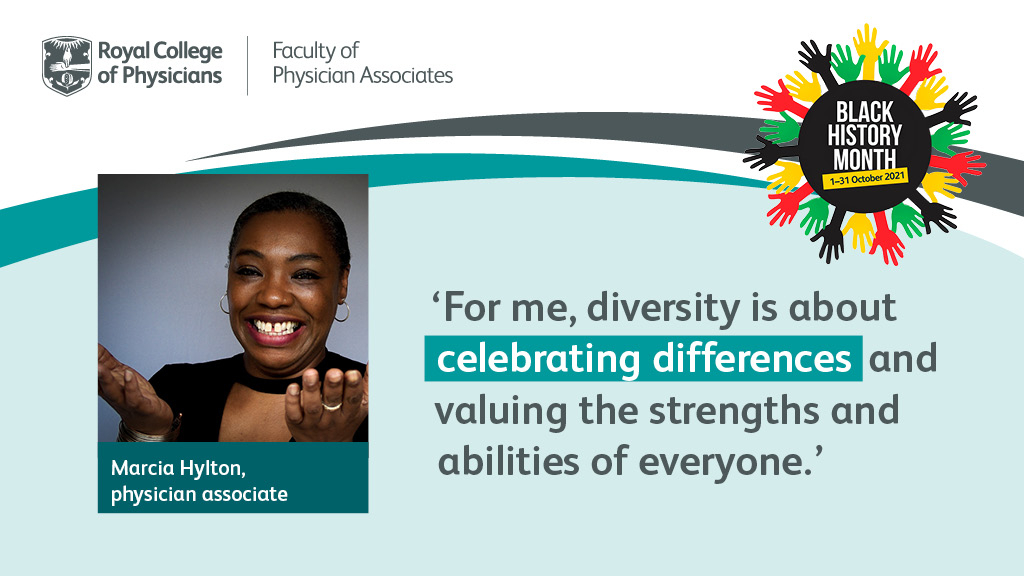 It was during my placement at St James’s Hospital in Leeds that I had a fabulous experience working on a neonatal ward. This influenced my decision to change direction and become a nurse instead. As a nurse with over 20 years of experience, I have been fortunate that many opportunities have presented themselves to me in different ways. I have had varied professional experiences, but the common theme has always been health and wellbeing. It is this which led to me becoming a PA.

My interest in becoming a PA arose during my time working in medical education. I thought about returning to nursing but came across an advert discussing a brand new profession. I was intrigued, I have always been willing to try new experiences and becoming a PA felt right. At that time, very few people knew of the PA role. Working in a generalist profession I have been able to have a varied career. I have worked in primary and secondary care on rotation (which has included time in surgery), A&E and the acute medical unit. I have also worked in trauma and orthopaedics, vascular surgery and, more recently, hepatology.

As a PA, what does diversity mean to you?

Diversity has always inherently been part of what I do within the healthcare sector. I have worked with patients and colleagues from a range of backgrounds, genders, and with varying disabilities. As a Black woman, I have found equality and inclusion challenging over the years. For me, diversity is about celebrating differences and valuing the strengths and abilities of everyone. Part of my role as a senior PA has been recognising those strengths and abilities in others and encouraging them to step forward and carry the baton for the PA profession.

It’s also about recognising and respecting the role of others and looking beyond their profession to see their humanity underneath. I don’t think diversity on its own is enough, it requires continued commitment to equality. We shouldn’t recognise diversity if humanity is not there, so equality and equity are intertwined in this, it’s not separate.

What is your proudest achievement as a PA? 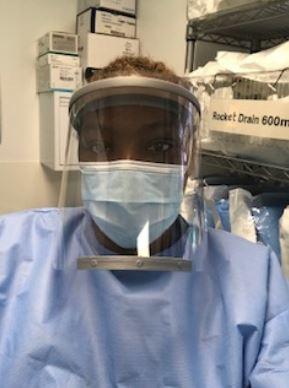 I was part of the very first PA student cohort in 2008 in Wolverhampton, Birmingham and Hertfordshire. I think my proudest achievement is being one of the first African-Caribbean women to train as a PA in the UK. This is so important to me, given the times we are now living in. To be a positive role model for the younger Black generations makes me extremely proud.

What do you hope to achieve in the future?

I took early retirement last year. I would love to see an increase in the inclusion of Black PAs in this great profession. I would love to have more of a role in promoting the profession to the Black, Asian and minority ethnic communities as there is still a great deal of work that can be done to raise awareness of our existence as a profession. All PAs should be proud to enter and be a part of the profession.

During my early days as a PA, Ruth Ballweg – an American PA visiting the UK from the University of Washington – said something that will always stick with me and is so pertinent to the Black community here in the UK. In relation to change, she said ‘it always takes longer than you think it will’. I don’t think we can talk about Black History Month without touching on racism. It is deeply ingrained in our society and therefore in our workplaces too. Brené Brown (US professor and TED speaker) says: ‘In order to empathise with someone’s experience, you must be willing to believe them as they see it and not as you imagine their experience to be’. Within our organisations we need to keep the conversations going. This to me is how we can bring on great change more quickly, so it doesn’t have to ‘take longer than we think it will’. When we do this with integrity, transparency, and open minds and hearts. Then we change our environment and we change the world.